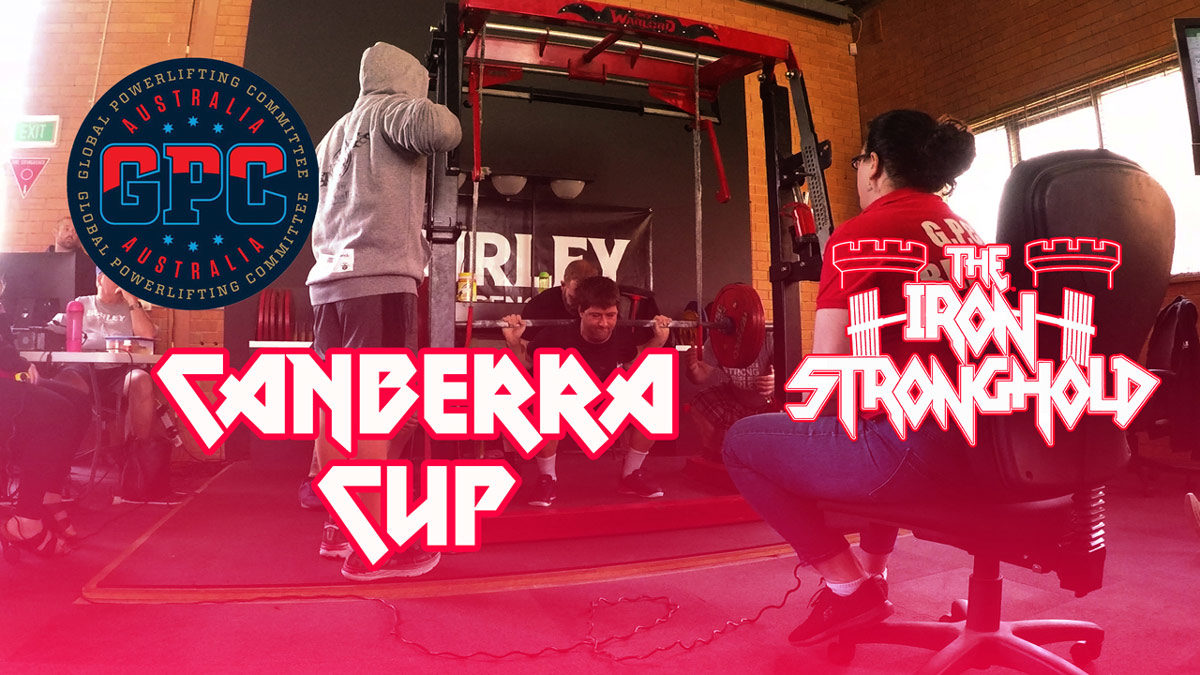 Last weekend on the 22nd Day of the 10th Month of the year 2017, three of the Legion’s finest competed at the GPC Canberra and Sydney Cup!

The chosen ones, Victor, the Resolute, Zen Glenn the Resilient and Loureen THE EXTREME, all made their way to the sands of the arena on this glorious day and lifted to their totals content. 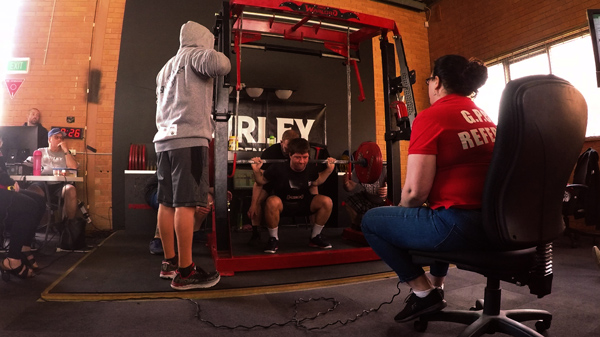 Starting with Victor, resolute tranquility, burdened by no weight, calm, quiet, collected. First lift, Squat. 195kg. A perfect attempt selection. We had made preparations for a 200kg squat. Nice, neat, round. A 2 instead of a 1. But alas, if we had chosen different path and made attempt it most likely would have fallen down, overcome by the lust of gravity. This is a perfect example of not making emotional attempt choices. Take what is there, not what you want. Vic’s best squat in competition prior to this was 190kg in WRAPS. Let’s just say that 200kg isn’t far away.

Zen-Glenn, 225kg. Like a rocket. Yearning for the weightless serenity of outer space. Glenn’s best squat prior to this was 210kg. He’s got more in him. We’re setting up now for the next comp, some minor technique improvements should see him squatting a to his potential in the future. 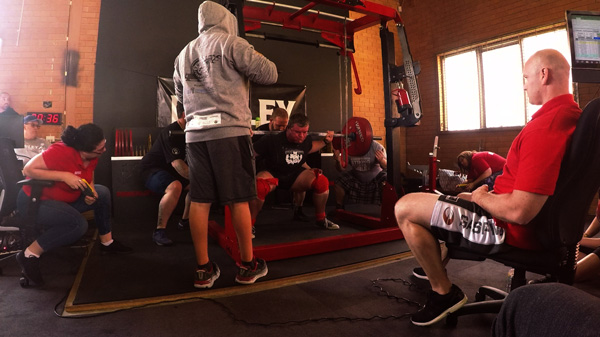 Loureenextreme. Ventured north into the metal wilderness of Sydney, to stand among giants of the sport. Coaching via phone messages has it’s limitations. But we made it through with perfect attempt choices. I had prepped Loureen for 120kg which is an equal PB in wraps, she hit 125kg, in sleeves. Great example of the benefits of attention to technique as well as smart training coming into competitions. 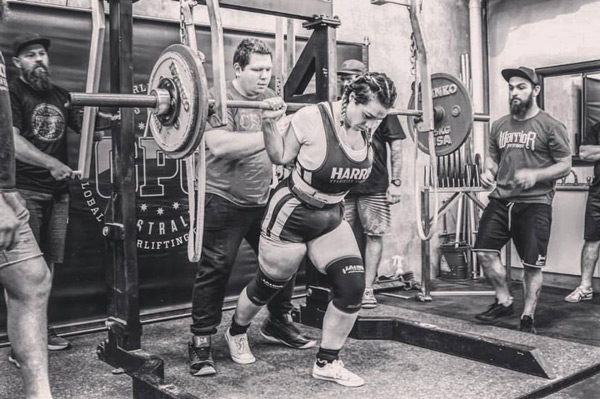 Onto the bench press.

Any experienced coach knows that a small jump on bench can make a big difference. I’ve seen people miss their 3rds countless times from over extending and shooting for goals that are just out of reach. Vic had prepared in training to go over 125kg but on the day 125kg is what was there and he nailed it. No point trying to overshoot and leave valuable kg’s on the platform. Remember, it’s the total that matters.

Some say the meet doesn’t start till the bar hits the ground. But that is not true, at all. Because the bar is elevated above the ground on the Squat, and the meet starts with the squat. The meet ends with the Deadlift. Gosh!

Victor, on his 2nd attempt managed a 245kg Deadlift. Giving him a 565kg total which is 50kg above his previous best, giving him 3rd place in the 100kg class. A great day. He got 250kg to his knees but alas, wasn’t there. Vic is smart and is a great athlete to coach. He knows the work he needs to do and is willing to do it. We’re moving towards a 600kg total now. Next comp if all goes well this should be where he’s at. Overall a great day for Vic, a few lessons learnt and one step closer to his ultimate version of strength. 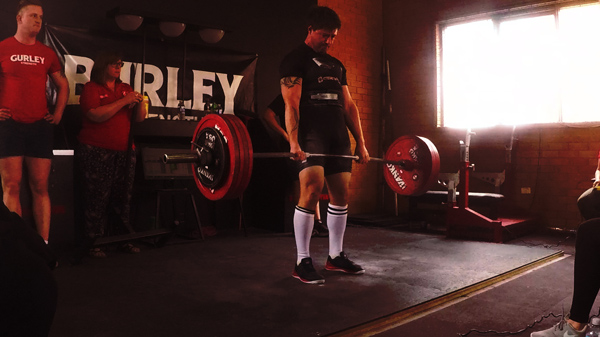 Glenn. Glenn is an online client of mine who I have been working with for the past 8-10 Months. In that time we’ve spent a great deal of time working on building his foundation as big as possible. After all, you don’t build a pyramid from the top down. Personally, I’ve never built a pyramid but I wouldn’t start from the top. Same principal applies here. We’re aiming to make Glenn as strong as possible and it all starts with the foundation. Glenn hit a 250kg Deadlift, a 20kg PB and finished with a 610kg total. Great work mate. The road to 700 begins! 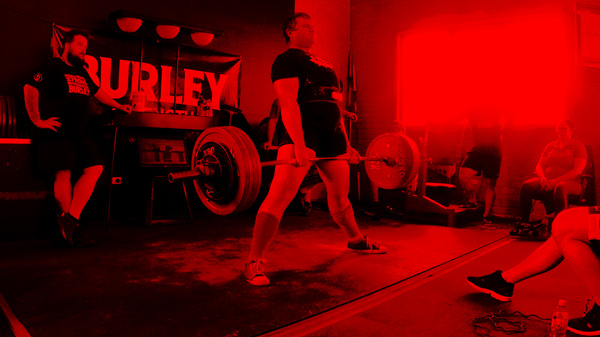 Loureen. In her own words this comp was about redemption. She missed some of the same numbers she hit at this comp earlier in the year. She wanted to make them now, and she did. 170kg Deadlift, a 375kg total and 2nd place in the 90kg class. We have been working a lot on Loureens technique, especially on the Deadlift as she has a tendency to lose position greatly at a heavier weight. Ask Loureen about 50 rep sets on RDL’s and you’ll get a great idea on how much hard work has gone into improving her position. Her squats looked spot on, bench was great and Deadlift has improved dramatically. I believe that this hard work will pay off massively not at the next comp, but the comp after. Think long term, think big. Loureen is also competing in a weight class lower and lifting bigger weights. Great work Loureen. 400kg is on it’s way. 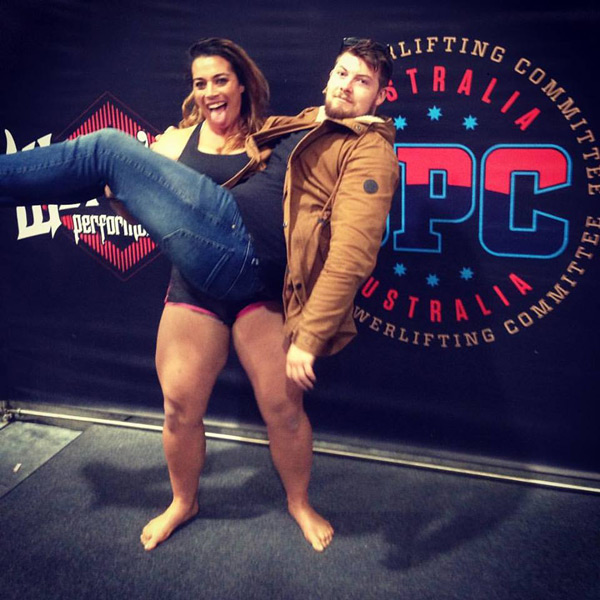 Now that the chant of the crowd has faded and the victory roars of the ascended have quietened, we can go back to our normal routine. The stuff that doesn’t get posted on Instagram – Unless it’s to tell you that you usually don’t post or see this stuff on Instagram. The hard work that goes into building the foundation. The sets, the reps, the dieting and the slow passage of time required to build a strong body. 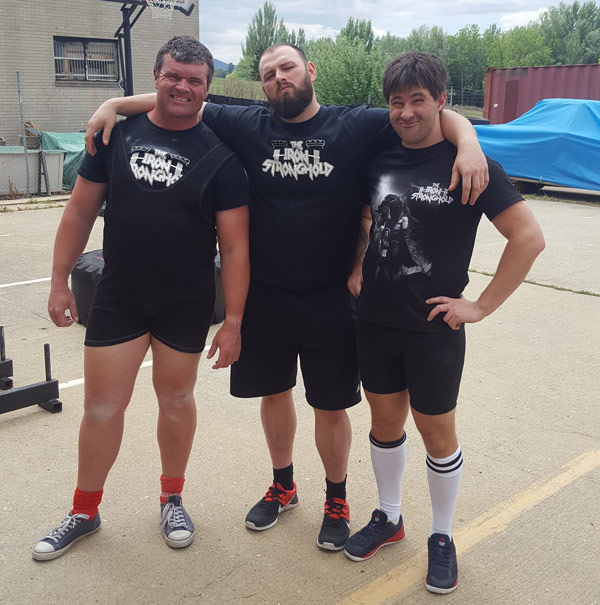 I’m very proud of the lifters that competed last weekend. It was a great day as a coach to see them all succeed and with only 2 missed attempts, one of which I wasn’t able to call, the other just wasn’t there on the day. I’m calling that a successful day of coaching and can’t wait to apply what I’ve learnt to the next meet!

Thanks to Sherro and the Burley crew and the crew at Warrior Performance for the awesome competitions.

Thanks for reading everyone!